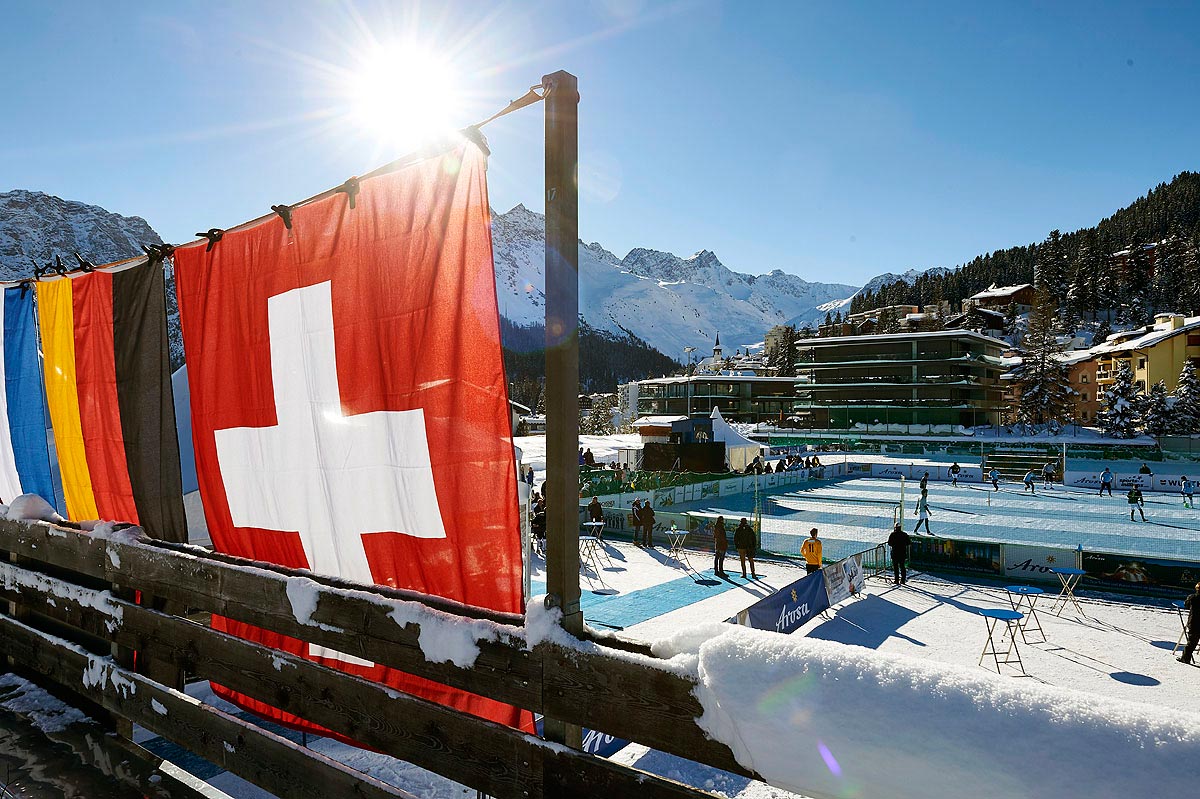 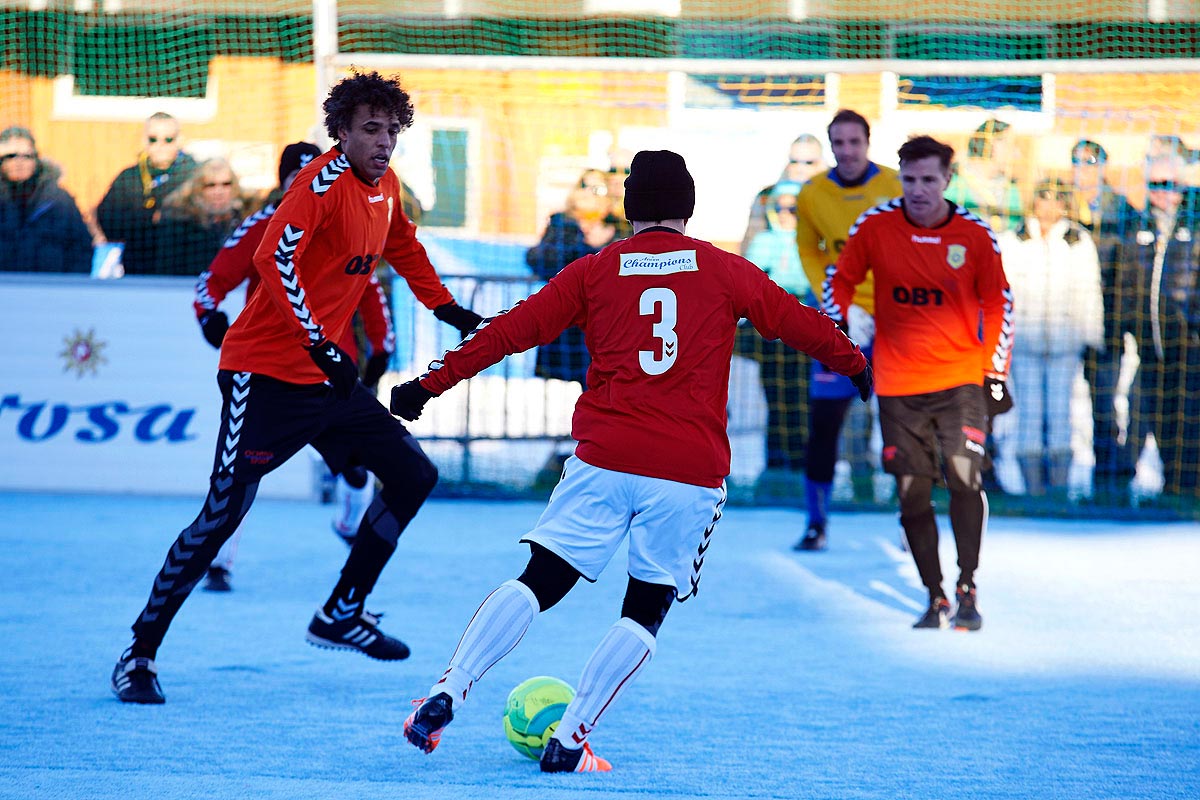 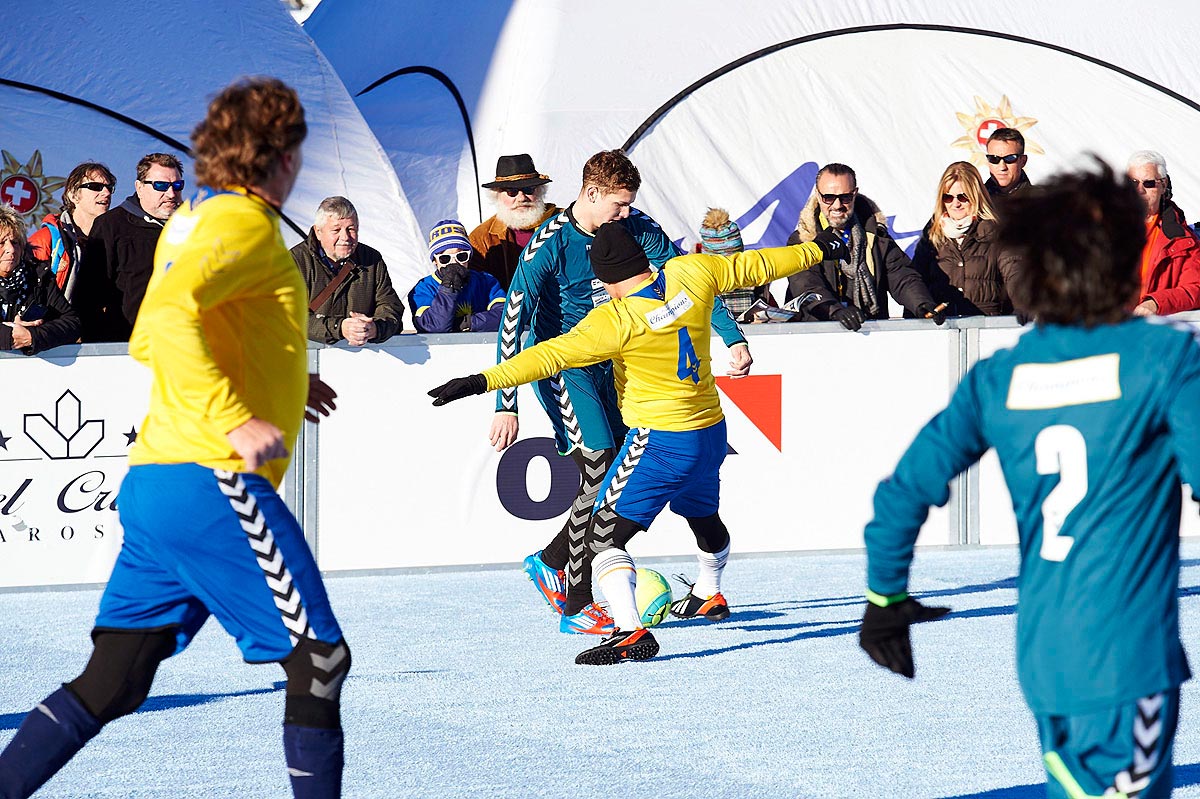 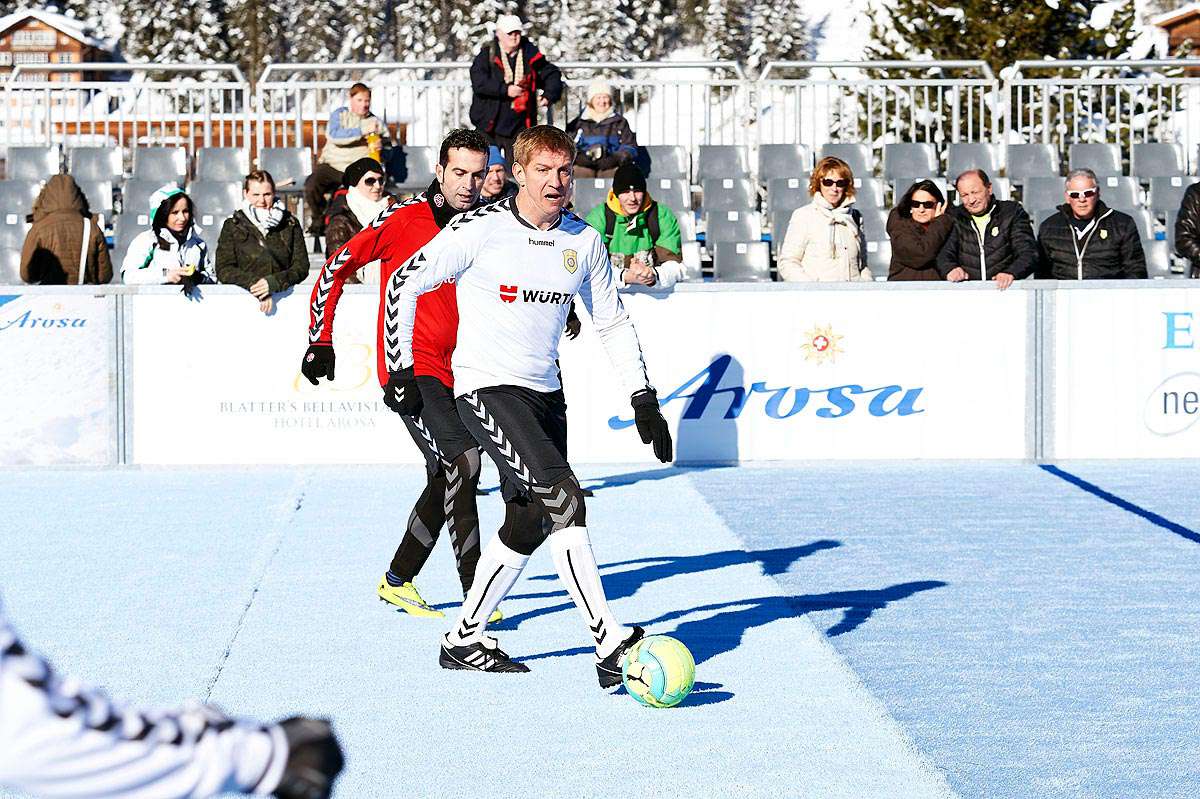 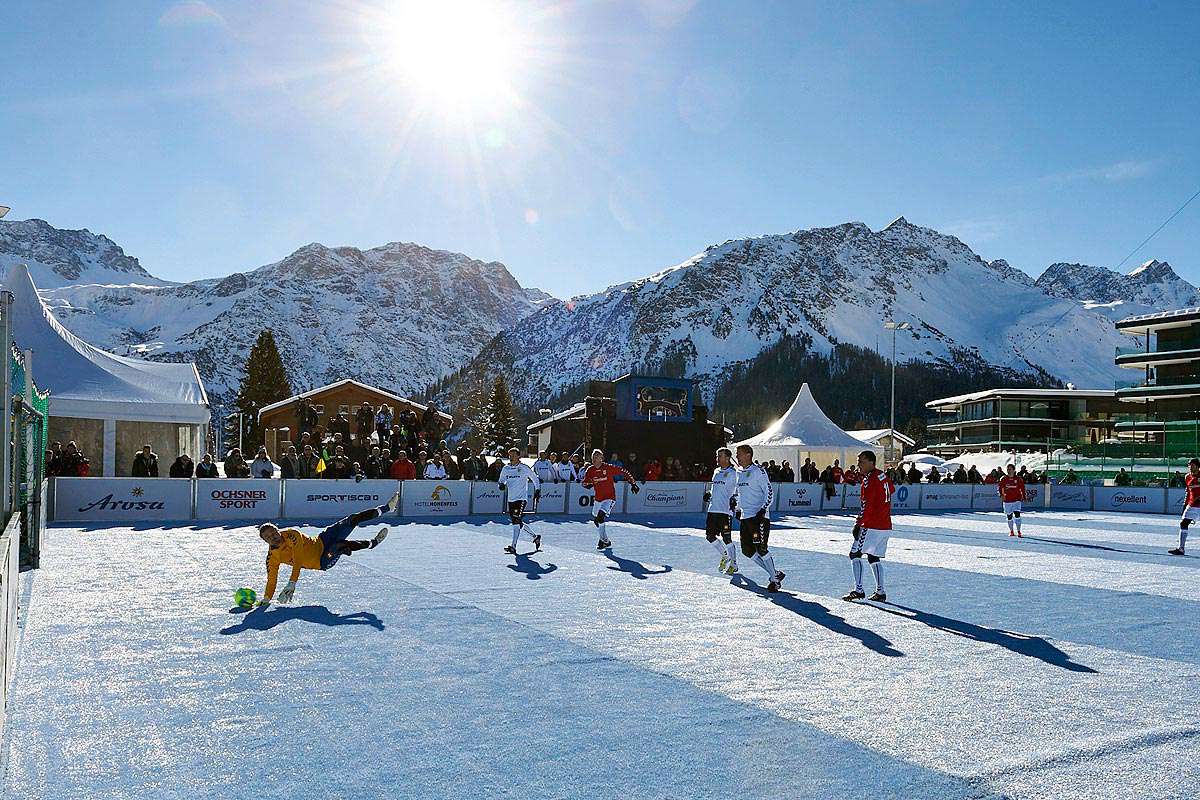 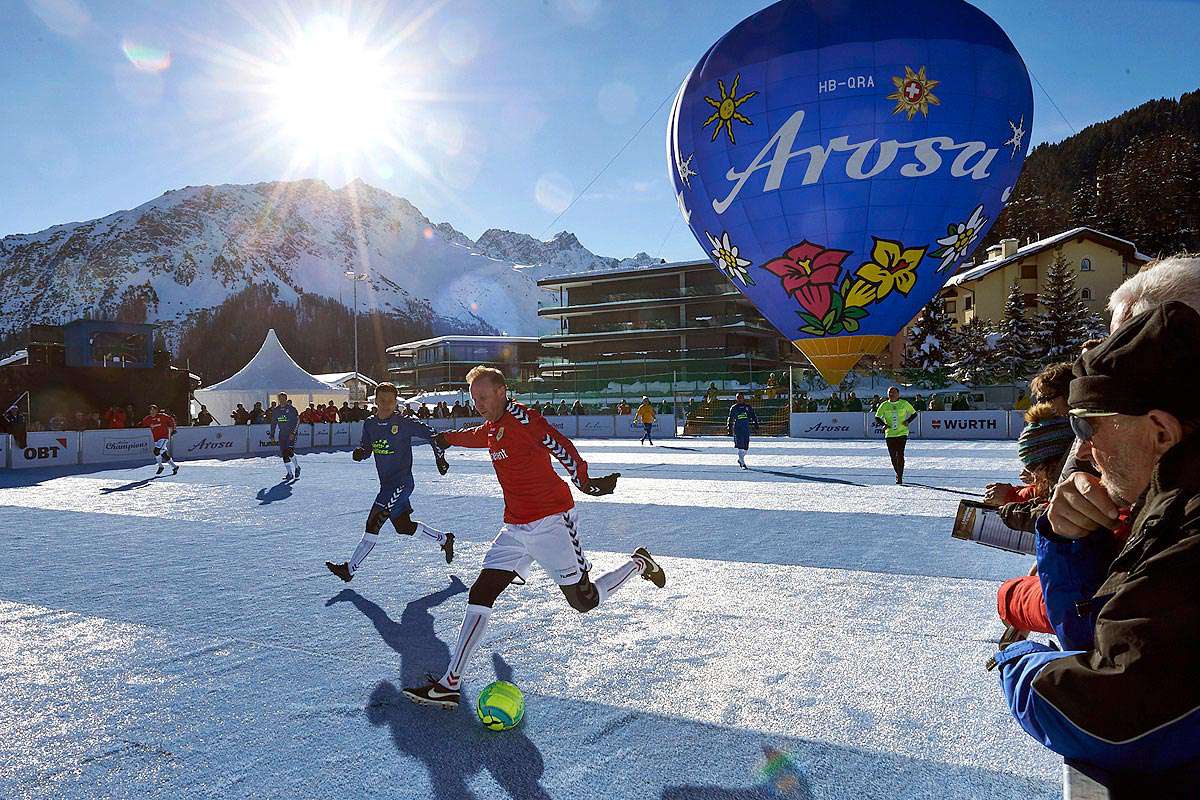 The beautiful Swiss resort of Arosa plays host to the inofficial Ice Snow Football World Cup, with former football stars competing for the trophy. This year, Edo Boonstoppel led his Dutch team to victory. Next year's event – Ice Snow Football 2017 – will take place from 19th to 21 January. Matches are played in icy conditions on a SoccerGround Portable rebound system.

As its main sponsor, the Champions Club presents the football spectacle in the snow. Every year, in January, the Ochsenbühl ice rink is transormed into a snowy soccer pitch as international football stars compete for the coveted rock crystal trophy, playing matches on snow and ice at the heart of a picturesque mountain landscape.

The Champions Club is proud to have supported the Snow Football World Cup for a number of years already, revelling in the illustrious and innovative atmosphere which pervades the annual tournament. At the same time, the Champions Club continues to develop, welcoming new members and encouraging them to interact in such captivating ways – with the unique experience of a visit to Arosa naturally playing a crucial part.