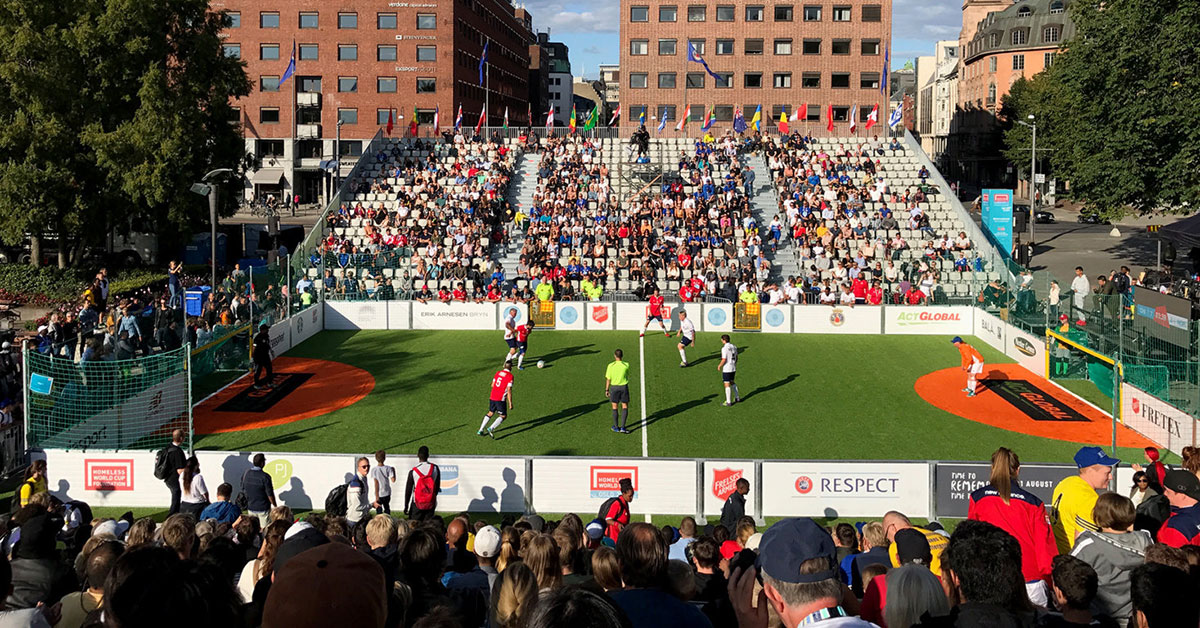 The 15th edition of the Homeless World Cup took place in Oslo, Norway. 72 teams from 54 countries competed from August 29th until September 5th.

The tournament was held at Rådhusplassen, right between the City Hall and the beautiful Oslo Fjord. The Homeless World Cup was played on 3 pitches of 22 x 16m having goals of 4 x 1,3m.